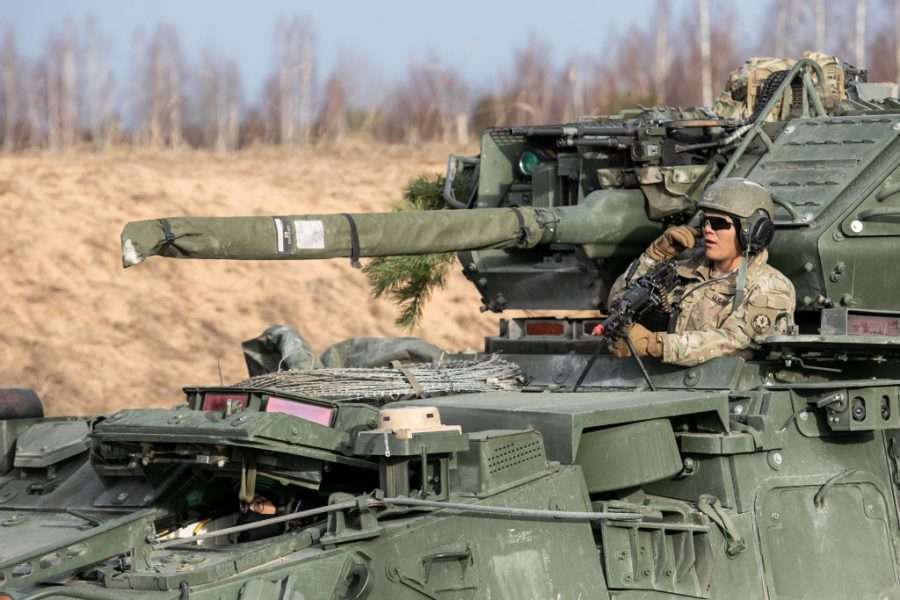 At the end of last year, Joe Biden signed a $1.7 trillion budget bill that gives $1.1 trillion to the Pentagon, police, and prisons, including a whopping $860 billion for the military alone. So much for Build Back Better.

Despite its $1.7 trillion price tag — including a whopping $860 billion earmarked for the military — the omnibus budget bill enacted late last month has not received the scrutiny it deserves.

One reason is there wasn’t much time to examine the bill’s contents. The legislation is made up of twelve “regular” and two supplemental appropriations bills that fund federal activities for the rest of fiscal year 2023. Democratic and Republican leaders unveiled the bill’s four-thousand-plus pages on December 19 — giving the measure just eleven days to be debated, amended, passed, and signed into law to prevent a government shutdown. It was a legislative fire drill.

Another factor was that criticism of the bill overwhelmingly came from the Right. Alexandria Ocasio-Cortez was the only lawmaker in the Democratic caucus — in either the House or Senate — to vote against it. There should have been many more.

In a statement following her no vote, Representative Ocasio-Cortez cited the bill’s “dramatic increases in surveillance, border patrol forces, and militarized spending” as the basis for her opposition. Here are a few examples of what she’s talking about.

Immigration and Customs Enforcement (ICE) receives $8.4 billion, $160 million more than in FY2022. Domestic investigations get a $60 million increase, and enforcement and removal operations a $6 million boost. All told, despite being elected to reverse Donald Trump’s anti-immigrant policies, Joe Biden signed a bill that gives ICE about the same resources to jail immigrants in FY2023 as Trump green lit for FY2021.

For its part, Customs and Border Protection (CBP) will collect $16.7 billion, $1.8 billion above FY2022 levels. Most of that hike — $1.2 billion — will be used to intensify border security operations, and the omnibus bill sponsors hundreds more officers to carry those operations out. Overall, CBP’s FY2023 appropriation supports a force of nearly twenty thousand border patrol agents.

Not to be outdone, the Pentagon will take in a staggering $858.4 billion, or 53 percent of the omnibus bill’s total funding. The rule of thumb used to be that Republicans would demand more military spending and less nonmilitary spending, and Democrats would push for the opposite. However, as Democrats have warmed to ballooning Pentagon budgets, the party has begun pressing merely for funding parity with nonmilitary spending. Yet the omnibus fails to even meet that pathetic standard. It adds $76 billion for the Pentagon and just $68 billion for everything else.

Democratic leaders nonetheless congratulated themselves on the $772.5 billion directed to nonmilitary programs. But “nonmilitary” spending doesn’t mean social spending: according to my inventory of the bill, about $240 billion of that figure is for military- and law enforcement–related activities. This includes funding for Department of Homeland Security components like ICE and CBP; Department of Justice agencies like the Drug Enforcement Administration (DEA) and FBI; State Department’s catalog of military aid programs; and the spiraling Veterans Affairs budget. All told, the omnibus bill contains $1.1 trillion for programs related to the Pentagon, police, and prisons.

By comparison, the combined value of the infrastructure bill and Inflation Reduction Act is $985 billion. So what Biden’s Build Back Better agenda invests over ten years is still over $100 billion less than the amount the US security apparatus spends in one.

In other words, the FY2023 budget delivers the massive government investment Biden promised on the campaign trail — it just didn’t end up being for ordinary workers’ benefit.