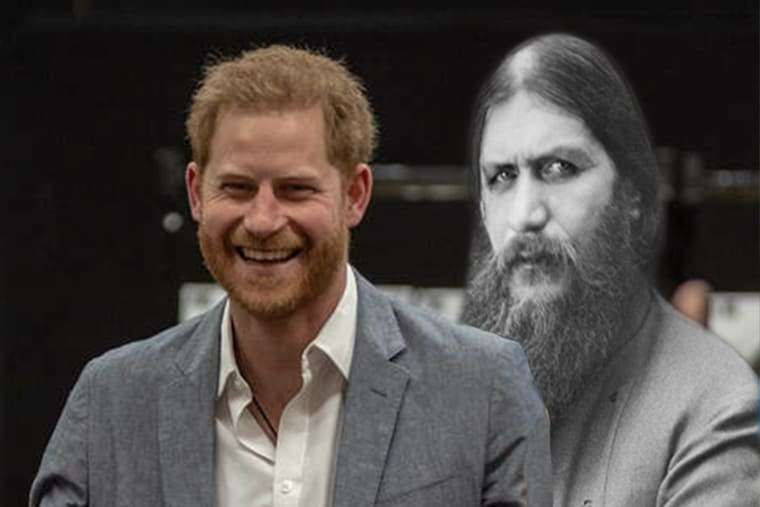 Amid the wall-to-wall coverage of prince Harry’s book, there are some interesting revelations.

Harry’s recollections feature an admission that he killed 25 people while serving as an Apache attack helicopter pilot in Afghanistan.

“It’s not a number that fills me with satisfaction, but nor does it embarrass me,” he writes, likening hitting his targets to knocking “chess pieces” from a board. He says that in war soldiers do not usually know how many enemies they have killed. But “in the era of Apaches and laptops,” he was able to say “with exactness how many enemy combatants I had killed. And it seemed to me essential not to be afraid of that number”.

Part of his reason for ­feeling no guilt about taking lives, he says, is that he never forgot being in the TV room at Eton, watching news ­coverage of the 9/11 attacks in New York.

Harry claims that the present prince and princess of Wales encouraged him to wear a Nazi ­uniform to a party in 2005. That’s helpful for him to avoid the responsibility.  The Duke says the Prince and Princess “howled with laughter” when they saw him in the costume, according to Page Six magazine.

Harry reportedly writes that it was a decision between two costumes—a pilot uniform or a Nazi uniform. “I phoned Willy and Kate, asked what they thought. “Nazi uniform, they said,” he wrote. “They both howled. Worse than Willy’s leotard outfit! Way more ridiculous! Which, again, was the point.”

Harry reveals that the king previously joked about whether he was really his father. That’s a bit of a problem for an institution supposedly based on family ties.

“Who knows if I’m really the Prince of Wales? Who knows if I’m even your real father?” Harry writes, according to The New York Post, which also managed to get hold of excerpts.

“He’d laugh and laugh, though it was a remarkably unfunny joke, given the rumour circulating just then that my actual father was one of Mummy’s former lovers—Major James Hewitt.”

Princess Diana had a ­five-year affair with Hewitt, an ex-cavalry officer, which gave rise to persistent speculation that he could be Harry’s father.

Diana and the psychic

In an echo of the Russian pre-revolutionary royals and Rasputin, Harry says he sought a woman who “claimed to have ­powers” to speak with his late mother, Princess Diana.  She was killed in a car crash in Paris in 1997. The book claims the unnamed woman told him his mother was with him “right now”.

It was at this point that his neck grew warm and his eyes watered, he writes. Harry does not describe the unnamed woman as a psychic or medium. He met her after trusted friends recommended her, saying he “felt an energy around her”. She is alleged to have told the prince, “You’re living the life she wanted for you.”

Private mental health providers made £1.37 million a day from the NHS in 2020-21, new figures suggest. Yet four in ten services from main providers are “inadequate” or “require improvement” for patient safety. The sums were criticised by Lorraine Shah, whose daughter Nadia, 16, took her own life at Elsyium’s Potters Bar Clinic, Hertfordshire. Lorraine said, “It seems wrong we are giving money to these private companies when they are failing our children.” The Care Quality Commission found mental health provision at 12 Elysium sites requires improvement for patient safety.

A 999 ambulance call handler would need to work for almost 150 years to match the pay of the average chief executive, analysis of new figures shows. Research from the High Pay Centre thinktank estimated that the average top company boss grabs £3.41 million. That’s a 39 percent increase from a year ago. An experienced—top of pay band 3—NHS worker is paid £23,177 a year.

The average FTSE 100 index chief executive’s loot for 2023 passed the average annual wages for a full-time worker in Britain at 2pm last Thursday, after having worked around 30 hours. Last year, top bosses had to wait until the fourth working day of 2022 to overtake the average worker’s annual salary, while this year they accomplished the feat in under three days. The 999 call handlers were set to strike over pay with other ambulance workers on Wednesday of this week.

The multibillionaire boss of gambling company Bet365 has collected annual pay and dividends of more than £260 million. Denise Coates grabbed a salary of £213 million in the year to March 2022, according to the company’s latest accounts published last week. As the company’s controlling shareholder she is also entitled to at least half of the £100 million in dividends paid for the year. It takes the total paid to Coates since 2016 to almost £1.5 billion.

The Gambling Commission has estimated that there are 430,000 problem gamblers in Britain whose lives are wrecked as companies cash in.

More than 320 pollution alerts have been issued for British beaches already this year, new data reveals. Heavy rainfall in the first week of 2023 has seen raw sewage overflows inundate vast stretches of the coast, affecting the water quality on beaches from Blackpool and Southport, to Bexhill and St Helens.

‘We want to keep promises that the country can afford. That will mean some difficult choices’

Streeting builds up expectations for a Labour government

‘Conservatives must bring back Boris Johnson or die’