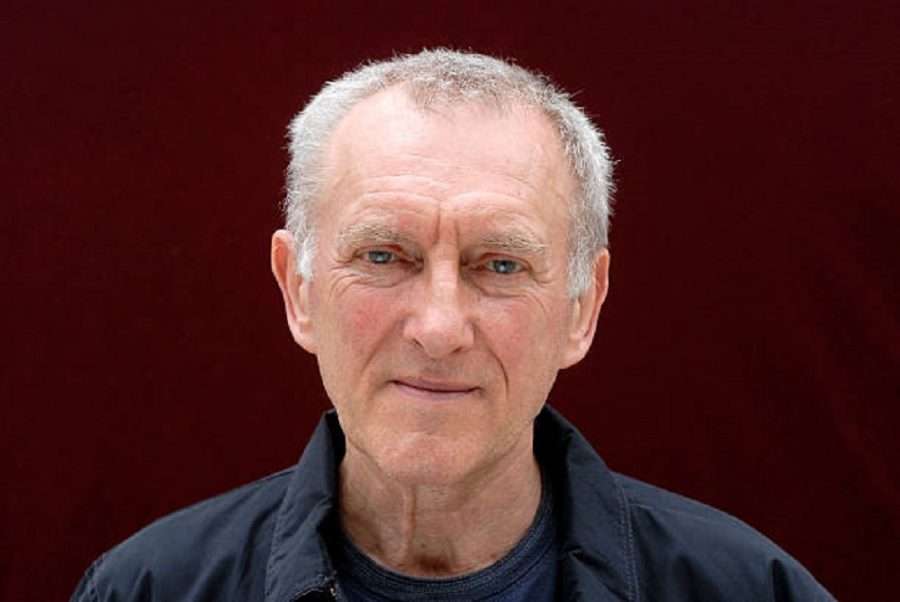 James Kelman’s rendering of working-class Scottish life and speech has been incredibly influential on generations of Scottish writers. The novelist’s new portrait of the writer as an old man sees him shift into ironic auto-fiction.

In September, the writer Chris Power tweeted about finding a copy of James Kelman’s A Chancer in an Oxfam bookshop, expressing astonishment that it is out of print and ‘unbelievable to me that a writer of his talent and importance should be so neglected.’ It is indeed incredible that such a critically acclaimed author, and winner of the Booker Prize no less, should be reduced to such a fate. In a 2019 interview, Kelman remarked that he had finished a novel but did not think anyone would publish it. It has now found a home with PM Press, a California-based anarchist publisher, along with a lot of his back catalogue, and its scabrous take on the publishing industry might have something to do with why it struggled to find a publisher in his own country.

God’s Teeth And Other Phenomena narrates the trials and travails of Jack Proctor, an embittered older writer and winner of the ‘Banker Prize’ (yes, really) who is prone to exclaim ‘God’s teeth’ every time he’s subject to some minor inconvenience. Kelman has never traditionally been one to kowtow to the literary trends of his day, so his turn to autofiction is a bit of a surprise. In many ways it is refreshing to read a longer in the tooth author traverse this ground from an outsider perspective (James Kelman left school at 15 and only went to university later in life) rather than the usual cushy carousel of visiting creative writing teaching positions in far flung university departments or fellowships bequeathed by shadowy philanthropists that usually form the backdrop of such works. Unlike the almost uniformly salubrious lives depicted in the works of Ben Lerner and Rachel Cusk, the experience of Jack Proctor is much less glamorous, a kind of Portrait of the Artist as a Grouchy Old Man.

The novel opens with Proctor realising that long ago he accepted an invitation to a residency with ‘The House of Art and Aesthetics’. He arrives by plane at its unnamed location, a peculiar palimpsest of central belt Scotland and Midwest America, and is confronted with its mystifying bureaucracy. Perusing his information pack, he learns about the ‘conditions of his residency’:

Those on longer-term residency programs will work across country on behalf of the country or regionality, displaying motivational skills as tutor, mentor, “halfway house” and conduit, making extensive use of their many contacts with the Art and Thought industry, including areas adjacent to that as may be selected or on behalf of Creative Delegates from the many areas in which he or she excels.

Kelman has always excelled at satirising the deadening bureaucratese written by state institutions, best exemplified in Translated Accounts, the follow-up to his Booker-prize winning How Late it Was, How Late. Such linguistic obfuscation will certainly raise a wry laugh from anyone who has attempted to fill in an arts funding application in recent years, as well as highlighting the contemporary absurdity of a writer who never has the time to actually sit down and write. Nevertheless, several of his observations will come across as a bit tone-deaf: many of my writer friends would jump at the opportunity of a fellowship with paid readings. Rather than illuminating the economic barriers to writing that prevent new working class writers from emerging today, Proctor is more concerned with railing against minor humiliations, like being incorrectly introduced as a writer of Lallans Scots.

Kelman still displays his typical vocal mastery in the rendering of a writer’s consciousness, Proctor’s observations refracted through the works of his cherished author heroes like Flaubert and Dostoyevsky. Some of his satirical swipes at the broader literary landscape, however, are so painfully on the nose that the book should come with complimentary rhinoplasty. At one point we learn of a writer who has made his fortune with a novel entitled The Man Who Wrote a Bestseller and Remained Cool. Kelman’s stories have always crackled with a caustic wit but this brash comic mode is a bit of a literary misfire. And for someone who has actually taught in university literature departments it is somewhat baffling how out of touch he is with the debates that take place within them: does any lecturer really believe that poetry is a more prestigious art form than prose?

Kelman has stated in the past that he considers himself a member of the anti-authoritarian left but it seems that this perspective has calcified into a reductive suspicion of all institutional bodies in the literary ecology. Arts funding organisations and publishers are stuffed with MI5 agents who are just wanting to keep writers in their place. The novel of one author, Mark Allen, is described as ‘a story of Chandleresque detection among the smooth-talking domestic military; 30,000 sold in a week – purchased en masse by the War Office for distribution among the overseas military.’ One could charitably interpret this as Jack Proctor’s hyperbolic paranoia, but overweening state apparatus has long been a hallmark of Kelman’s thought. The way that the publishing industry reproduces the ideological content of late capitalism is much more subtle than the blunt coercion of Proctor’s jaundiced imagination.

The moments that make this novel redeemable are when Proctor is actually teaching creative writing. These allow Kelman to articulate his aesthetic philosophy, one that he has been carefully honing throughout his long career in fiction, essays and lectures. To one writing group, he says ‘Whatever emotional, psychological stresses and pressures there are central in and to art are our most fundamental materials as artist. The question is how do we unlock it.’ The representation of interiority was a defining formal innovation of literary modernism but it is Kelman’s commitment to telling the stories of those not normally the subject of literature that gives his work a political valency. ‘People dont ask for much in life, I said, ordinary people, we just struggle on making things and doing things and taking care of people whenever it’s possible, although it aint always possible. This is why we need to write wur own story.’ The autonomy of the modernist artwork is fused with a commitment to political autonomy. Kelman forcefully made this case in his Booker Prize acceptance speech, arguing that ‘one of the remaining freedoms we have as writers is the blank page. Let no one prescribe how we should fill it whether by good or bad intention, not the media, not the publisher, not the book trade; not anyone.’

It is genuinely hard to overstate the influence of Kelman’s fiction on the succeeding generation of Scottish writers. There is an alchemical quality to Kelman’s prose in the way that it deftly blends the interior lives of his protagonists into their oppressive, alienating environs, their consciousness uncompromisingly rendered in a vernacular that captures the textures and rhythms of working class Glaswegian speech. Back in 1994, one disgruntled reviewer of How Late it Was, How Late went to the effort to count every use of the word ‘fuck’ to highlight its unliterary diction but the success of Welsh’s Trainspotting and more recently Graeme Armstrong’s Young Team and Douglas Stuart’s Shuggie Bain shows such resistance to the representation of working class speech has considerably softened. However, the autonomy that invigorates his literary project has often been circumscribed by others to mere escape from working class existence, rather than finding agency within it. As Scott Hames argued in The Literary Politics of Scottish Devolution, the fetishization of dialect, or the ‘spectacle of voice’ as he dubs it, becomes a performance of authenticity that can conveniently mask the class tensions in the civic nationalist project that ultimately acts against the autonomy it was originally meant to cultivate.

For all its failings, God’s Teeth And Other Phenomena is still animated by the linguistic and political egalitarianism that has always been central to Kelman’s literary project. In the past, Kelman has poured scorn on the frivolity of genre fiction, complaining about how Scottish fiction is dominated by washed up police detectives and boy magicians, but although such literary elitism might be at odds with his resistance to hierarchy, this only delimits the stories that can be told. That being said, perhaps James Kelman should steer clear of autofiction in the future.

James Kelman’s God’s Teeth and Other Phenomena is published by PM Press.