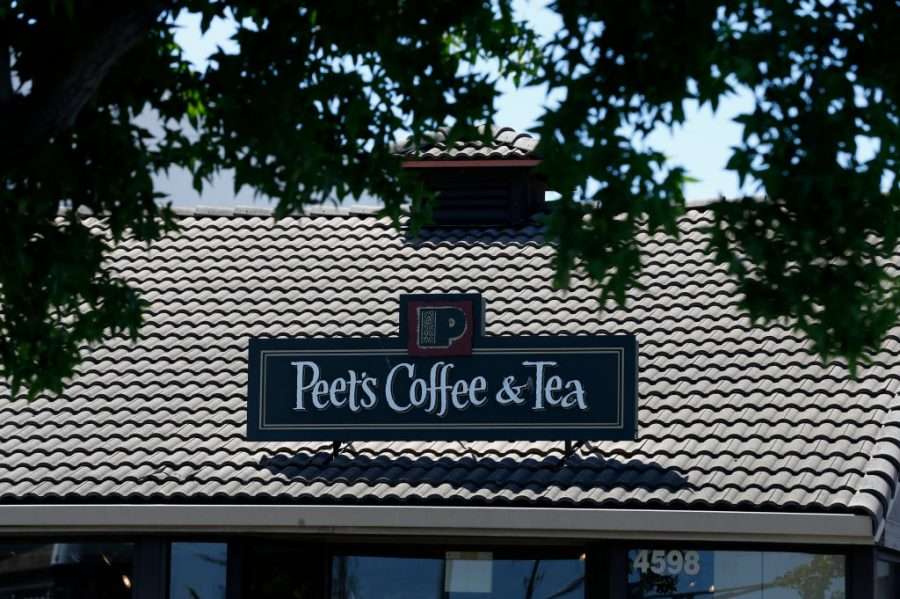 Workers at Peet’s Coffee & Tea in California have announced that they’re filing for a union election. They’re not just inspired by their peers at Starbucks — they’ve been organizing with and learning directly from them.

In late November, after a landmark year in food service organizing invigorated by the efforts of Starbucks Workers United (SBWU), workers at two Davis, California locations of Peet’s Coffee & Tea announced that they were filing for union election. They made their campaign public after months of organizing in close collaboration with Tyler Keeling, a Starbucks worker who helped lead a successful union drive at his location, which is now represented by SBWU.

The Davis Peet’s campaign brought together organizers working at the two leaders of first-wave coffee culture in the United States, Peet’s and Starbucks. It also intersects with another exciting recent development in the labor movement: worker organizing in the University of California (UC) system. Peet’s workers Schroedter Kinman, Molly Smith, and Trinity Salazar told Jacobin that they are excited to be a part of the larger coffee organizing movement, and to have the support of graduate workers and postdocs at UC Davis, who entered the winter quarter hot off the largest academic strike in United States history.

During the six-week-long cross-unit academic worker strike, UC Davis picketers often chanted, “Get up, get down, Davis is a union town.” Smith said that announcing their campaign amid the strike at UC Davis made Peet’s workers “feel less alone.” Smith, Salazar, and Kinman joined the picket line, where they got on the microphone to share their effort with an enthusiastic audience. Salazar, a student, remarked that “to hear that grad students, who grade my papers, are there for me is just community and solidarity.”

Coffee industry worker-organizers and university worker-organizers have fed off each other’s energy — especially in Davis where, according to Kinman, baristas “have a symbiotic relationship with grad students and undergrads.” Academic workers’ support has meant a great deal to Peet’s workers, according to Smith, who told Jacobin, “Feeling like you have support makes anyone more confident in their actions.” Kinman observed that Peet’s workers’ organizing efforts were buoyed by the general “pro-union” sentiment and “support for the strike” in Davis surrounding the UC strike.

Low wages, shift-lead pay discrepancies, scheduling issues, and problems with the mobile order system were animating issues for workers like Kinman and Alyx Land. Foregrounding these issues, they began talking to coworkers about a union three months before going public. Kinman notes that initially they had their eye on the International Workers of the World, whose stickers around campus had caught their attention. Though the IWW was an appealing option, the unparalleled success of SEIU’s Workers United in organizing coffee workers and the opportunity to work closely and constantly with SBWU ultimately won out. They’ve now begun to organize as Peet’s Workers United (PWU), the Peet’s counterpart to SBWU.

Like many other baristas and service workers, Peet’s employees are challenged by schedules that are delivered on short notice, unreliable hours, lean staffing, and difficulty securing coverage. As a result, café positions have high rates of turnover. But members of PWU are invested in making the job more sustainable for themselves and more tenable for those who come next.

In Davis, Peet’s workers report that they are often scheduled for shifts that are deliberately shortened so that they are not afforded breaks. Meanwhile mobile orders exacerbate understaffing issues: the company does not place restrictions on mobile orders, which often leads to a torrent of tickets, not all of which are picked up, and delays of drinks ordered by customers who arrive in person. The current practice around mobile orders exhausts baristas and contributes to frustration of customers, who sometimes direct that frustration toward staff.

Although it is possible to turn off the mobile order system, this can only be accomplished if staff from a given store put in a request to the district manager, who oversees operations at approximately seventeen locations. Having this request granted for even an hour is a rare occurrence. Kinman says, “We would love this to be a community space, but we’re just so frickin overworked,” adding that mobile orders, a lack of breaks, and understaffing curtail the ability to chat with regulars who look to baristas for social interaction.

Davis is a short drive from the Bay Area, where in the 1960s and 1970s businesses like Peet’s, Chez Panisse, and Cheeseboard popularized the “Farm to Table” movement. Employees at the two Davis Peet’s locations seeking union representation say that Peet’s legacy as a more local and mindful alternative to other coffee chains, like Starbucks, holds firm. “I think a lot of our regulars come in because [Peet’s] is positioned as better or more local coffee,” says Smith. Peet’s employees in Davis have a good relationship with regulars, who often “give us food and candy and vegetables and fruit,” according to Salazar. (In the heart of California’s fertile Central Valley, Davis is home to a renowned farmer’s market.) Crucially, Salazar adds, “Regulars also support the union.”

Peet’s workers are instructed in the Six Values of Peet’s, one of which is “Community,” coupled with the commitment to “take care of people.” And caring for customers is part of the job — Salazar describes their role as “morning bartenders.” But, says Smith, “It’s really hard to keep seven drinks in line and have a conversation with people” when you’re understaffed. Workers hope that the union can not only improve working conditions for them, but also make it more possible to realize Peet’s stated values.

In addition to longstanding issues concerning working conditions and changing pay scales, COVID-19 had a significant impact on the labor, training, and pay structure at Peet’s. The pandemic raised health concerns that led to a walkout and strike at a Peet’s location in Chicago in 2021. Prior to 2020, baristas across the company’s three hundred–plus locations had the opportunity to receive a pay raise when promoted to Advanced Barista, but that position has since disappeared.

Though many Peet’s workers in Davis are young enough to not rely on health insurance from their employer, they note that the job is already taking a toll on their bodies in the form of burns and back aches. The physicality of the job and its lasting effects on staff, Smith says, should also be factored in when thinking about how the company can better care for workers. PWU plans to continue thinking about how to address these and other workers’ concerns through a union.

For Kinman, Salazar, and Smith, solidarity means leaning into relationships across multiple locations, in the community, and with union locals representing UC workers and the broader Workers United family, particularly Starbucks workers. As with SBWU, group chats have been critical to sustaining morale and problem solving. Now, as they face captive-audience meetings and gear up for their union election, Peet’s workers welcome local and national support for their organizing effort.