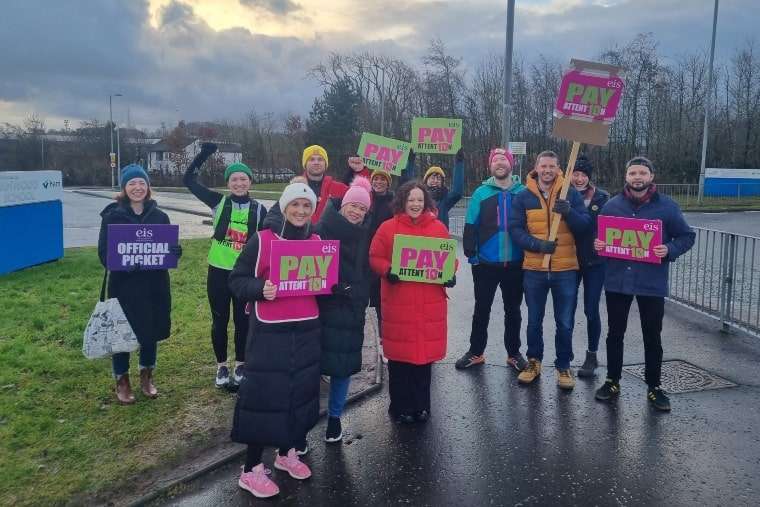 Scotland’s biggest teaching union has called 22 additional days of strikes in a fight over pay.

The EIS has announced new strikes in addition to the 16-day programme of sectional walkouts—confined to two councils at a time—that is set to begin on Monday with strikes in Glasgow and East Lothian.

EIS members have so far held three national strike days in a battle to win more than the offer of a pay rise of just over 5 percent—a big real terms pay cut. Primary and secondary schools struck on Tuesday and Wednesday last week.

The EIS executive has agreed a further national strike on 28 February and 1 March followed by 20 days of sectional strikes between 13 March and 21 April.

Each local authority area plans three consecutive strike days. There will be one day of strikes in all schools bookended on either side by one-day strikes in primary and secondary schools.

The plan will give a sense of escalation. And the next round of regional strikes in March would affect schools as senior students prepare for exams.

But there are problems. The new round of strikes will be nearly a month after the rolling round of regional strikes which starts on 16 January comes to an end. That will give the politicians a breathing space they don’t deserve.

And national action is better than groups of workers striking separately from each other. It’s much easier to have a sense of revolt when all the schools are out together, and simpler to call days of big rallies and demonstrations.

EIS general secretary Andrea Bradley said, “The programme of additional strike action is a direct response to the inaction of the Scottish Government and Cosla (Convention of Scottish Local Authorities) on teacher pay.

“After a year of dither, delay and disingenuity from the Scottish Government and Cosla, Scotland’s teachers have simply had enough.”

Bradley added, “The recent days of strike action have succeeded in bringing Cosla and the Scottish Government back to the negotiating table—but they have yet to put a single extra penny onto that table.”

The determination to ram home a pay cut for teachers unmasks the fake left credentials of the SNP. Labour says it backs the teachers. But if the party were in charge in Westminster or Edinburgh, we can guarantee it wouldn’t be settling at the EIS’s 10 percent demand.

It’s time for the EIS to escalate to all-out, and it would win wide backing from students and parents.

The media are on the hunt for people to denounce the strikes, but they aren’t succeeding. Edinburgh S5 pupil Idun Curran’s maths prelim was postponed last week due to the secondary school strikes.

For details of the strikes that start on 16 January, go here