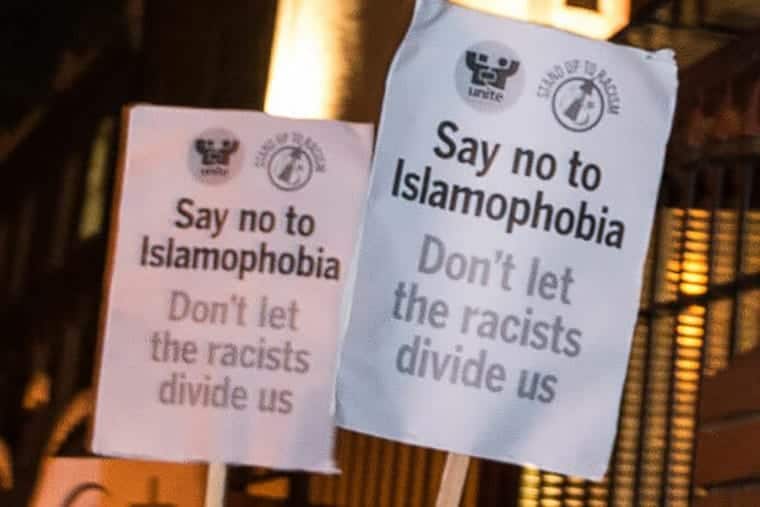 The government‑commissioned review of the Prevent anti-radicalisation strategy has been due for publication for several weeks. Its final report will likely insist that the strategy returns to its initial focus on Muslims, rather than also ­encompassing the far right.

Head of the review, William Shawcross, has a track record of anti-Muslim sentiment. Ten years ago he told a US audience, “Europe and Islam is one of the ­greatest, most terrifying problems of our future.”

Anas Mustapha is head of public advocacy at human rights organisation Cage. He explained to Socialist Worker that Prevent is not only a threat to Muslims, but to all those challenging the system. “Prevent is a mechanism of state surveillance, it’s used to monitor public debate and undermine freedom of speech and expression, especially of Muslims,” he said.

“It validates Islamophobia across society,” he added. And it allows Prevent’s surveillance powers to be “expanded to environmental protesters, Black Lives Matter, animal rights and other protesters”. “Many recognise that Prevent is not effective but it does have an impact on trust in society when people are being told to act as spies.”

John Holmwood, co‑author of People’s Review of Prevent, agrees. He told Socialist Worker that his ­evidence-based review ­discovered that “Prevent ­produces harm to children and their parents or guardians.” He added, “The justification for Prevent is to ­safeguard, but the system is ­creating harm.”

“If someone is interviewed by a Prevent officer—which can be quite traumatic—and the outcome is that there’s no further referral, their data is held in central data systems and can be shared. This ­process can start by things said in the school playground, so we ask why can’t they be treated within the school?

“Schools have policies around bullying and so on, why are certain things referred to the government?” John explained how when a teacher refers ­somebody to Prevent, their responsibility is removed and “it can become a bureaucratic and traumatic process”.

He added that this all plays a part in the “undermining of trust”. “Communities should be able to trust professionals providing a service. Prevent focuses on Islamic terrorism and creates anxiety among the public to the point where they can no longer trust professionals,” he said.

“This fear and distrust creates the context for far right extremism, as Muslims are seen as not integrating.” Anas agrees. “When referred you have been institutionalised in some sort of way—your name taken by police, and interviewed by a state official.

“This creates an environment where certain ways of thinking are outlawed—allowing the state to intervene without any law being broken. Cage calls for the abolition of Prevent,” said Anas, adding that “Prevent monitors people rather than actually stopping terror.”

Update: Tory extension of Prevent strategy is a recipe for racism and an alibi for war
Read More

On the Islamophobic elements of Prevent, John said, “Part of what’s going on is to press Muslims into the private sphere and not allow them to carry their identity into the public sphere. Prevent is an obstacle that undermines tolerance—that’s set out in the People’s Review of Prevent. It’s ­discriminatory and a block to Muslim’s rights and ­democratic participation.”

He outlined how Prevent is built upon defending “British values”, but said it shouldn’t be “that one group in society is British and another has to change to identify as British”. And, as ministers p­repare to return Prevent to a primary focus on Muslims, John said, “One worry is how ­mainstream public opinion may shift to match how the government defines extremism.”

For more information go to peoplesreviewofprevent.org