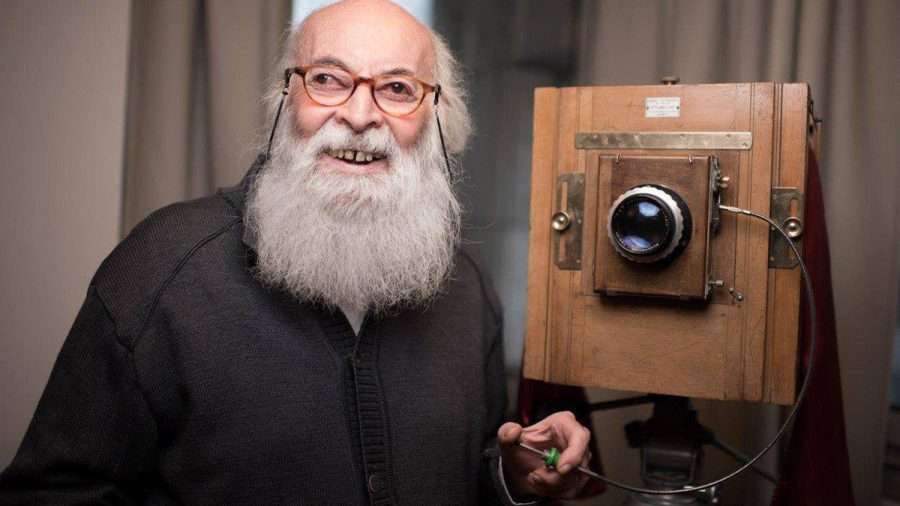 Adolfo Kaminsky (1925-2023) was a human link between the anti-fascist and anticolonial struggles, who contributed in the fight to realise the highest ideals of both.

In January 1944, Adolfo Kaminsky was up against himself. As a document forger in the French Resistance, the 18-year-old was informed by a contact that the authorities were making imminent plans to raid ten Jewish children’s homes across Paris in an attempt to accelerate the destruction of European Jewry. Anti-fascist militants active in rescue work were in urgent need of birth certificates, baptism confirmations, and identity cards; the teenage Kaminsky’s work was imperative to this.

‘The shock was too much for me,’ recalled Kaminsky. He was already overworked, and in desperate need of time to focus on crafting false papers for scores of Hungarian immigrant resistance fighters also in imminent danger. Despite his grave concerns that he might fail this task, he gave himself orders: ‘Stay awake—for as long as possible. Fight against sleep.’ There was a dark but obvious calculation to be made over his work patterns: ‘In one hour, I can make thirty blank documents; if I sleep for one hour, thirty people will die.’

Working uninterruptedly for two solid days, in a position where a momentary slight of craftsmanship meant probable death for a stranger, Kaminsky would hit himself to stay awake, telling himself that ‘I don’t have the right to give up.’ Using his hand-made machine to artificially age documents, he stamps, staples and numbers the documents requested of him. When he realises he had completed the work, he promptly collapses, sparking concern from his comrades over his general health.

Such dedicated acts of precision were common in the life of Kaminsky, who has died at the age of 97. Born in 1925 to Russian Jewish parents who chose France as their refuge from regular Tsarist pogroms, his birthplace was in fact Buenos Aires after the ‘country of the rights of man’, gripped by anticommunist frenzy, deported his Bundist father. Returning to Paris in the early thirties, the Kaminsky family moved from Paris to Vire, near Normandy, where Adolfo learnt the basics of typography and printing. Leaving school at 14 to work in an engineering factory, he was one of two Jews to be sacked after the Nazi occupation of France and found work as an apprentice dyer.

As the attentive pupil of a belligerent but time-generous master, it was in the dye shop that Kaminsky soon developed the skills that would come to define him. His interest in the science of stain removals quickly developed into a burgeoning obsession with chemistry. This hobby would only grow in intensity as a way of shielding himself from the realities of war. His mother was found dead in suspicious circumstances on the railway to Paris, visiting his uncle who had fled after assaulting a Nazi. His former workmate, Jean Beyer, was killed by firing squad. To millions of people like Kaminsky, only the heroics of the Red Army in Stalingrad provided hope that the fortunes of anti-fascist forces were to improve.

In that moment, Kaminsky was relieved to discover that a kindly local pharmacist who encouraged his hobbies was no mere shopkeeper but a resistance organiser, specialising in sabotage. After being approached by him to create things that were ‘a little more dangerous than bars of soap’, Kaminsky was soon involved in corroding railway lines and building detonators.

In 1943, Kaminsky and his family were arrested and sent to the Paris internment camp of Drancy, from where approximately 67,000 Jews living in France were sent by cattle truck to death camps. In a twist of a previous repression’s legacy, the Argentinian nationality gained by the Kaminskys’ expulsion from France secured their release from Drancy. But they knew this was merely a temporary reprieve: immediately, his father contacted old comrades in the Bund, who arranged for new identities and safe addresses. Staying in Paris, Adolfo began Resistance work providing impressive forgeries to cells of varying political persuasions (though particularly the Communists and the Jewish Scouts).

In A Forger’s Life, a book written beautifully from his perspective by his daughter Sarah, Kaminsky recaptures the intensity of the period, where ‘delivering was my sole obsession’. With stark disregard for his health, Kaminsky maintained an insomniac presence throughout Europe’s harshest moments, fastidiously applying the fine art of reproduction to save the lives of thousands and undermine the genocidal strategies of Nazism.

When fascism was defeated in Europe in 1945, Kaminsky’s political commitment was not demobilised. After a brief period in French intelligence, old comrades contacted him requesting help for homeless Jewish refugees fleeing displaced persons’ camps to Palestine. His work as a commercial photographer in the fifties brought him to Algeria, where he witnessed the everyday savagery meted out against Algerians by French colonialism. Soon, with trusted comrades, he began work with the network established by the French intellectual Francis Jeanson, which served as an auxiliary force in the National Liberation Front (FLN)’s struggle for Algerian self-determination.

As a porteur de valises, Kaminsky excelled in energy and imagination. After a bad joke from Jeanson that failed to translate, he taught himself how to replicate Swiss passports, then considered to be notoriously unforgeable. He handled the FLN weapons left to him by former Resistance fighters for safekeeping. Old comrades themselves were put to imaginative use: he chose the far-right sympathising son of a former comrade’s friend to act as unknowing director-on-paper for his FLN forgery. A contact who opposed Algerian independence but whose entire family was saved by Kaminsky’s paperwork was called on to accept a fugitive FLN leader as a lodger. The friend knew he couldn’t refuse Kaminsky, but demanded it never be mentioned again (by the end of the stay, the friend had strongly reversed his position).

In early 1962, as Kaminsky and his comrades considered flooding France with fake money to wage economic war against the French state, peace broke out. Though many FLN comrades went to build a new Algeria, Kaminsky saw that particular job as over. Other work was still to be done; as the Jeanson network operated under the aegis of the wide-reaching organisation of Egyptian anticolonial militant Henri Curiel, he continued making himself useful to this central body. There, he produced work and trained forgers for practically every liberation movement in existence, including the ANC in South Africa, the MPLA in Angola and groups fighting to topple military dictatorships in Argentina, Greece and Spain.

But by the early seventies, Kaminsky knew he’d had enough. Feeling increasingly alienated by the recklessness of ultra-left armed groups and Trotskyist leaders he considered to be egotistical and untrustworthy, he informed Curiel that at the age of 46, he was backing out of the ‘business’ he’d dedicated himself to since he was 17. Settling in Algiers, he met Leila, his future wife, and had three children. At her insistence, the family moved to France in the early eighties. A decade later, Kaminsky—then aged 67—finally became a French citizen.

In the past few years, Kaminsky’s political struggles generated great international interest. A photography exhibition in 2012 saw him praised for his unexpected display of aesthetic sensitivity, which was easily on par with Willy Ronis or Chim Seymour, while the 2016 publication of his daughter’s book—which reads as both an encyclopaedia of liberation movements and an instruction manual for underground activity, replete with advice on forgery and recommendations of good character—flew off the shelves. His role in the wartime Resistance was particularly praised, with scores of people bringing their fake family documents to him at events, with the dim hope of connecting their traumatic family past with this living example of resistance to the Holocaust.

Many obituaries have focused on this aspect of Kaminsky, and justifiably so. But mentioned less are his contributions to the post-war movements against colonialism and dictatorships—work not of less humane or political value, despite how awkward this truth may be to Western governments with menacing post-war human rights records. ‘My involvement in all these struggles,’ he later said, ‘was just the logical continuation of what I had done in the Resistance.’ For Kaminsky, it was hard not to ‘see the spectre of the Gestapo’ in the French conduct in Algeria. With his comrades, he saw his struggle as ‘one long, uninterrupted Resistance’ against the same oppression he faced as a teenage Jew in wartime France.

As those who engaged in last century’s great struggles for human freedom dwindle by the day, we must remember those of consistency and commitment like Adolfo Kaminsky, a human link between the anti-fascist and anticolonial struggles, who contributed in the fight to realise the highest ideals of both: of a world without ‘inequality, segregation, racism, injustice, fascism and dictatorships’, and indeed, a world ‘in which no one would be a forger’, he wrote in his ninth decade. ‘It’s still my dream.’