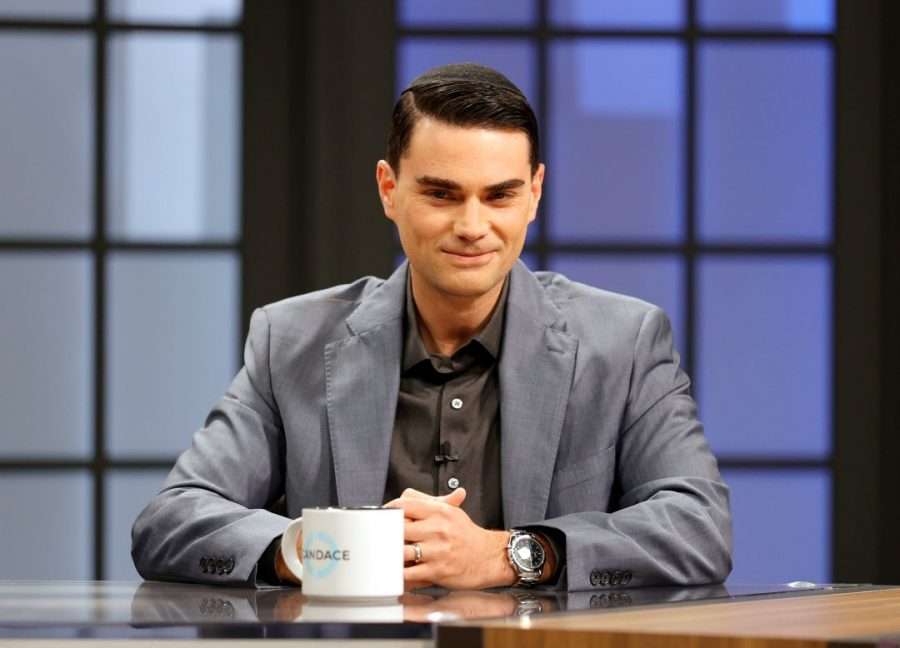 What makes a government legitimate?

That’s a giant question, hotly debated over the centuries by philosophers, political theorists, politicians, and revolutionaries. But popular conservative commentator Ben Shapiro thinks he’s discovered the answer. In fact, he claims — and I promise I’m not making this up — that he’s distilled the answer into a precise equation, weighing factors like “responsiveness of authority to input” and “aggressiveness of enforcement” and spitting out the exact degree to which a given regime is legitimate.

Shapiro’s equation is embarrassing nonsense. But it says a lot about how he sees the world.

I’m going to pause here, because I’m trying my best to be charitable about interpreting whatever’s going on in Shapiro’s head. I want to give credit where credit is due — and as we muddle through the rest of the equation, I’m not going to have many more chances.

R and A are the concepts theorists usually call “voice” and “exit.” I have no clue why Shapiro is multiplying them, but let’s forget that for now and acknowledge these are both important concepts. Whether you have a voice in shaping your society and whether you can opt out entirely are both relevant to thinking about the larger concept of “the consent of the governed.”

That said, giving them equal weight is a little odd. Historically, plenty of dictators, monarchs, and military juntas have been more than willing to let malcontents get on a boat and go bother someone else. When my ancestors on the Ukrainian-Jewish side of my family wanted to leave the Russian Empire in the early twentieth century, for example, the tsarist authorities didn’t exactly beg them to stay.

Letting people leave is better than building a Berlin Wall and keeping them in place against their will — but does Shapiro really not think that democracy is a bit more important?

And, seriously, why is he multiplying them? Why not just add them like he’s adding everything else in the numerator?

It’s bad, of course, if rights are being violated in a strict and aggressive way. But it’s worth noticing that it isn’t easy to separate I from R’ or A’. The population has a clear interest in not getting cancer from industrial pollutants dumped in a river, for example, and the ability of the state to advance this interest is hampered if environmental regulations are loose instead of strict or if the regulations on the books aren’t being enforced aggressively.

To be fair, degrees of legitimacy — we could say “Legits” for short — aren’t being deducted from a regime just for R’ or A’, but for R’ and A’ multiplied by rights-violation. But treating R’, A’, and I as three separate factors in the first place doesn’t inspire confidence about how much thought Shapiro has put into his crack equation.

Finally, why is the whole thing a fraction at all? Just now, I talked about Legits being “deducted” — suggesting that the bad stuff was simply subtracted from the good stuff — but that would actually make more sense than the way Shapiro sets it up. Why does he think the relative proportion of the good stuff to the bad stuff is what matters?

I know I said I was going to try to be charitable, but I can’t help but imagine an android like Data in Star Trek running this formula and calmly explaining that genocide being committed by a radically democratic government was only about as bad as segregation laws being enforced by a far less responsive one.

How Not to Be Serious About Social Solidarity

In his video about the formula, Shapiro explains the presence of S in the numerator:

Also, Shapiro treats “S” and “I” as unitary concepts — as if different parts of the population didn’t have very different interests. What if your neighbor will make higher profits if they pay you poverty wages, or their firm will go out of business if stricter laws are passed against dumping pollutants in your water supply? Wouldn’t you be advancing your interests — and arguably protecting your rights — if you did use the government to crack down on that neighbor?

Maybe Shapiro has a great answer to these questions in another video. But my sneaking suspicion is that he hasn’t stopped to think about it.

A Tale of Two Philosophers

The New York Times ran a glowing profile of Shapiro a few years ago, calling him the “destroyer of bad arguments” and “the cool kids’ philosopher.” It’s interesting to contrast what Shapiro is doing here to the work of a philosopher who was actually serious about thinking through basic questions about how societies should be structured.

The late Marxist thinker G. A. Cohen, in his book Why Not Socialism?, talked about the twin values of equality and community. He didn’t try to come up with a mathematical formula to decide exactly how much of one was equivalent to how much of another — a la Shapiro — but he did say some interesting things about how they relate to each other.

Cohen thought the kind of equality that matters most is equality of access to advantage. A distribution of resources is objectionably unequal if some of us have less access to better outcomes because of factors outside of our control. We don’t get to decide whether we’re born into rich families or poor ones, for example, and we also don’t get to decide whether we’ll be born with the particular package of abilities that help some poor kids climb the ladder of class mobility. Cohen thought the more we reduce or eliminate such involuntary inequalities, the closer we’ve moved toward justice.

But what about bad outcomes that simply result from bad decisions? If someone had every chance to get ahead, but they were just irresponsible, or even if they made a reasonable choice to take a big risk that blew up in their face, then any resulting bad outcome doesn’t violate equality of access to advantage. But Cohen doesn’t think we should therefore be indifferent to such inequalities. That’s why the value of equality has to be supplemented by the value of community.

One way of understanding what Cohen is saying is that, if you see someone as a member of your community — as inside the circle of people you care about — you won’t let them sink to a standard of living many times lower than your own. This is a concept of “social solidarity” that plays a meaningful role in a well-thought-through theory of justice.

Thoughtful people can accept or reject Cohen’s ideas. But at least there’s a serious proposal there to debate. Shapiro is just loudly and confidently spouting whatever ideas pop into his head.

Given the sheer size of Shapiro’s platform, leftists in the persuasion business have to engage with what he’s saying. But doing so would be way more interesting if, every now and again, Shapiro at least skimmed a book.