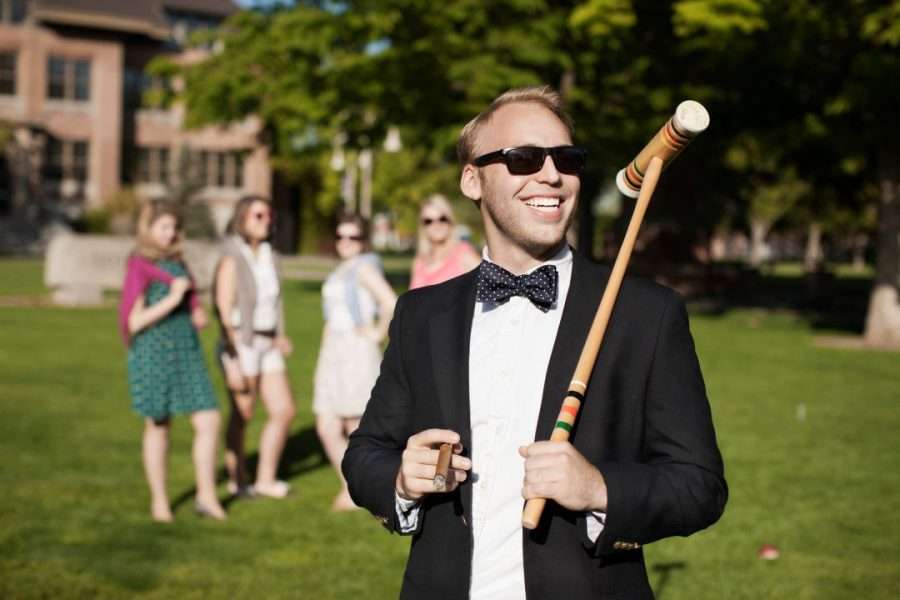 Inflation is hurting workers, but bosses are doing just fine. In Canada, average CEO pay in 2021 was 243 times the average workers’ wage, up from the pre-COVID record set in 2017.

Average compensation for Canadian CEOs now sits at a staggering $14.1 million. The highest-paid Canadian CEOs in 2021 made 243 times the average salary of a worker, up from the previous record of 227 times in 2017. (Hill Street Studios / Getty Images)

The Canadian Centre for Policy Alternatives (CCPA) has once again released its annual report on CEO pay in Canada. Coming in the wake of the COVID-19 pandemic and record inflation, the findings are sobering. By 9:43 a.m. on January 3 of last year, the average CEO pay — CAD $58,800 — in Canada’s top one hundred corporations exceeded that of the average Canadian worker for the whole year. Average compensation for Canadian CEOs now sits at a staggering $14.1 million. The highest-paid Canadian CEOs in 2021 made 243 times the average salary of a worker, up from the previous record of 227 times in 2017.

While inflation has been hurting workers, it’s been good for business. Not only has CEO compensation hit new highs, but corporate profits hit 18.5 percent of GDP in the second quarter of 2022, the highest in modern Canadian history. This surge has been led by fifteen industries that have experienced big profit increases since 2019, while other industries saw their profit rates decline. Unsurprisingly, the big winners include oil and gas, but food retail has also seen their net income rise 120 percent since 2019. This comes on the heels of a major scandal in 2018 that saw suppliers and the major Canadian grocery store chains collude to raise the price of bread over the course of fourteen years.

Bosses have been getting plenty of help from the Canadian state as well. The Competition Bureau of Canada has vowed an investigation into food prices, but the investigation will not look at relationships between suppliers and grocery stores. That’s too bad, because the bread-price-fixing scandal was made possible by the cozy relationship between grocery stores and their suppliers.

While elite pay continues to skyrocket, Justin Trudeau’s governing Liberal Party has had little to say about any increases to corporate tax or the creation of a wealth tax. Policies like these have a role to play in combating inflation. Corporate taxes and wealth taxes not only combat inflation but help to reduce economic inequality.

While the New Democratic Party has called for a windfall profits tax, it seems unwilling to threaten to bring down the minority Liberal government over its fiscal policies. This lack of bold action will come back to haunt it at the next election when the party will struggle to differentiate itself from the Liberals.

Instead of making the rich pay, the Canadian state has pursued an orthodox neoliberal policy. Despite this current bout of inflation being the result of multiple factors  — supply chain disruptions, Russia’s invasion of Ukraine and corporate greed — the Bank of Canada has continued to raise interest rates, insisting that it is simply a matter of demand.

Increasing interest rates threatens to undermine the bargaining power that workers have in a tight labor market. Should unemployment rise, workers will be more reluctant to fight back. The Bank of Canada is quite open about how it aims to curb worker power. Governor Tiff Macklem has openly stated that the country’s low unemployment rate is contributing to inflation.

At a time when union organizing in Canada has seen some signs of revival, this is a bad sign. A big reversal for workers will not be able to halt the slow but steady decline of union density in Canada’s private sector. And when labor markets are tight, wage disparities based on race, gender, and ability narrow. Maintaining full employment is very much a social justice issue.

The results of the neoliberal model have made the challenge of inflation more difficult to fight. For forty years, low inflation was maintained by kneecapping worker militancy — which also allowed executive compensation to skyrocket. Inflation was also kept low through globalization and the exploitation of cheap labor through large-scale rural-to-urban migrations in the Global South. With most of that frontier already crossed, it is unlikely that further globalization will lead to lower prices.

In the fight to attain political power, CEO pay should be a frame through which the Left makes its appeals and arguments. Because it is so flagrantly gratuitous, it provides an undeniable illustration of how the people who have amassed great wealth do so at the expense of employees who are struggling to get by. The outsize pay of bosses is so blatant that it’s difficult for the mainstream press to justify. It offers up a way to make anti-capitalist arguments that can reach a wide audience and win sympathy.

The CCPA report has analogues the world over. It’s time for workers everywhere to highlight CEO pay in order to elicit outrage. Calling attention to such grotesque inequality is key to pushing back against such obscenities and building the support necessary to change the world.