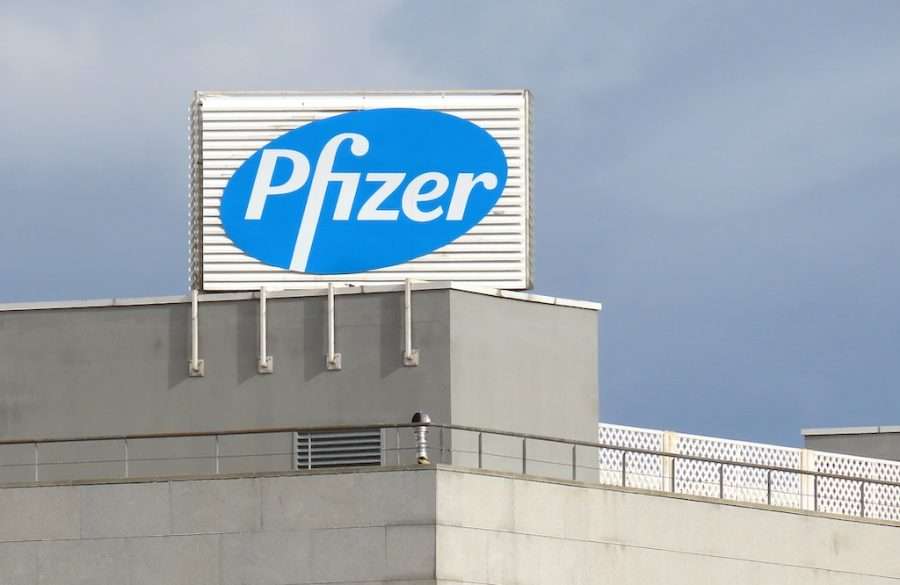 Corporate news outlets like Semafor are running sponsored posts from Pfizer bragging about how the pharma manufacturer is altruistically working to expand access to its products overseas — the same month Pfizer raised prices on 99 of its drugs in the US.

Pfizer recently made headlines for hiking prices on roughly a hundred drugs in the United States, shortly after the company announced plans to quadruple the price of its COVID-19 vaccine. Now, the pharmaceutical giant is paying news outlets to tell a different story — a fawning tale about how the company has been altruistically working to expand access to its products overseas.

On Tuesday, the news website Semafor ran a sponsored post from Pfizer bragging about the drugmaker’s efforts to “increase access to health care innovation” in low-income countries. Pfizer has also sponsored Semafor’s DC-focused “Principals” newsletter for Washington insiders in recent days. Next week, the Hill will host an event sponsored by Pfizer entitled “Expanding Adult Vaccine Access,” which will feature several DC lawmakers and a top federal health care regulator.

The Pfizer sponsorships are just the latest examples of how, when the news coverage gets rough, big businesses can pay corporate media to change the narrative and run counterprogramming — with the hope that policymakers and consumers will be sufficiently distracted from the stories that really matter.

So-called “sponsored content” and event sponsorships have become an essential part of the corporate media business model — and they’ve become major revenue sources for Beltway publications like Politico, Axios, and Punchbowl News, as well as legacy newspapers like the New York Times and the Washington Post.

Such sponsorships have become increasingly valuable at Semafor, a new media venture aimed at the “English-speaking, college-educated, professional class” since the start-up is looking to replace a $10 million investment from crypto scammer Sam Bankman-Fried.

These sponsorship models tend to create ethical dilemmas for journalists, because their reports or newsletters are often “presented” or “supported” by companies with financial interests in the topics at hand. Last month, Semafor’s climate editor Bill Spindle left the company because he no longer wished to see ads on his stories from the oil and gas company Chevron.

As Spindle noted in a Twitter thread, “What concerned me was my belief that it was not appropriate to have Chevron advertising on the same page as stories on climate coverage, particularly as the dominant advertiser… Such advertising raises the specter of improper influence, perceived and real.”

On corporate media’s business side, though, money is king. According to Semafor’s content creative lead, Maggie Fischer, the new Pfizer-sponsored post was the outlet’s “first-ever brand story” designed in that same format as its news coverage.

“It’s a career highlight,” she tweeted. “And, I think, reads a lot better than other branded content.”

The post in question, though, is really nothing to be proud of: Semafor allowed Pfizer to brag about its generosity and commitment to equity in the same month that it increased prices on ninety-nine drug brands, according to Reuters.

Just a few months ago, Pfizer CEO Albert Bourla announced that the company intends to raise the price of its COVID vaccine from around $30 to somewhere between $110 and $130. Bourla insisted the vaccine would still be “free to all Americans” because the higher prices would be paid by health insurers.

There was no mention of the fact that insurers would likely pass on the costs to patients in the form of higher premiums, or that 27.5 million Americans are uninsured and will likely have to pay the ballooning prices themselves.

Pfizer wrote in the Semafor post that, as part of its “Accord for a Healthier World,” the company has made an “initial commitment to enable access to 23 of its patented medicines and vaccines on a not-for-profit basis” for more than a billion people in forty-five lower-income countries.

“Where you live shouldn’t impact the quality of your health care, and your income shouldn’t determine your health outcomes, yet systemic inequities persist,” the post continued.

Of course, living in the United States does have an effect on the quality of health care and health outcomes that people experience, precisely because the American health care system is centered on corporate health insurance and designed to maximize profits.

Compared to other high-income countries, the United States “ranks last on access to care, administrative efficiency, equity, and health care outcomes,” according to researchers at the Commonwealth Fund.

One reason that health care is so expensive is that pharmaceutical companies charge far higher prices in the United States than in the rest of the world.

According to a 2021 report by House Democrats, drug companies like Pfizer have “targeted the United States for price increases for many years while maintaining or cutting prices in the rest of the world.” That’s largely because two decades ago, Congress prohibited Medicare, the national government insurance program for seniors, from negotiating drug prices, as most other high-income countries do.

The report added: “A draft internal Pfizer presentation from 2016 explicitly linked Pfizer’s global profitability to its ability to raise prices in the United States, noting that growth was driven by ‘price increases in the U.S.’”

The Hill event next week sponsored by Pfizer is also ostensibly focused on health care inequality. According to the event description, the online event will feature lawmakers and policy leaders tackling questions like, “How might the U.S. ensure easy, efficient access to vaccinations specifically among adults? What barriers do low-income communities continue to face in accessing vaccinations and how do we address the needs of communities of color to reduce health disparities?”

The description notes that the event is sponsored by Pfizer, and includes reference to a white paper funded by Pfizer on gaps in adult vaccine coverage. According to the Hill, such live events are “an extension of our newsroom” and the “discussions are moderated by The Hill’s editorial staff who bring to our events their reporting experience and expertise on a wide range of topics.”