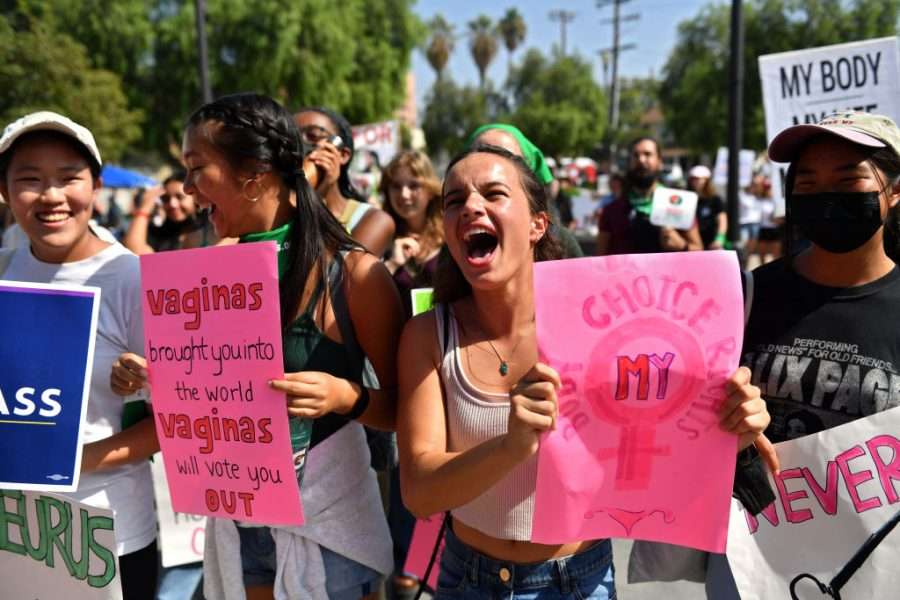 The mainstream pro-choice movement has mounted a highly individualized defense of abortion rights, one centered on privacy and choice. But abortion rights can also also be rooted in achieving economic justice for everyone.

The mainstream pro-choice movement has backed itself into a corner. By focusing on abortion as a personal choice and demanding its protection based on a constitutional right to privacy, it has created a heavily individualized paradigm for pro-choice discourse. The argument may be appealing in a courtroom — though not all courtrooms, as the reversal of Roe v. Wade indicates — but it lacks the collective valence necessary to inspire a united mass movement for reproductive justice. Notably, it leaves little room for a discussion of the tangible economic consequences of limiting the reproductive options for half of the population.

Now that the right to abortion is no longer federally protected, and abortion access is vanishing in red states, it’s time to reverse course and position reproductive health care as an economic issue. This shouldn’t be too be difficult, as the facts on the ground support the connection. A recent report written by Asha Banerjee from the Economic Policy Institute (EPI) provides a new, detailed look into the economic consequences of state level abortion bans. Using five economic security metrics — the minimum wage, unionization rates, unemployment insurance rates, Medicaid expansion, and incarceration rates — the report concludes that abortion bans compound economic inequality.

Denial of abortion care should be understood as one of many intentional state policies that economically hurt workers, not a disconnected issue of privacy or religion. The states that have banned or restricted access to abortion have also engaged in decades of economic disempowerment, policies that have especially disadvantaged poor and working-class people and people of color. According to Banerjee, these states “have intentionally constructed an economic policy architecture defined by weak labor standards, underfunded and purposefully dysfunctional public services, and high levels of incarceration.”

The antiabortion movement claims it cares for women as much as their unborn children. But the EPI’s findings definitively show that restricting access to abortion has harmful health effects and measurable economic consequences, especially for working-class women. In the months since Roe was overturned, thirteen states have mostly banned abortion and a dozen more have restricted it. These are also the states where economic inequalities are most stark. States with abortion restrictions or total bans on abortion on average have lower minimum wages, unionization levels half as high as those in abortion-protected states, only three in ten unemployed people receiving unemployment insurance, lower rates of Medicaid expansion, and an incarceration rate 1.5 times that of abortion-protected states.

A 2014 study found that about half of all abortion patients had a family income at or below the federal poverty level. Being denied abortion care further disadvantages an already severely disadvantaged group. As the EPI report emphasizes, there is no such thing as “race-neutral” policy, so, though the Dobbs decision made no reference to race, it had been widely documented that abortion patients before Roe was overturned were disproportionately poor women and women of color. It was immediately apparent who would lose out most when abortion was no longer legally protected.

Another influential study, the Turnaway Study, which concluded in 2016, examined the effects of unwanted pregnancy on women’s lives and has been a major reference point for those advocating for abortion access for women’s well-being. After regularly interviewing nearly a thousand women for five years, the study found that those who’d been denied abortion care experienced worse economic and mental health outcomes than the cohort that received abortion care.

Denying a person an abortion creates economic hardship and insecurity that lasts for years. The documented effects include an increase in household poverty lasting at least four years relative to those who received an abortion, to not having enough money to cover basic living expenses like food, housing and transportation, to lower credit scores, increased debt, and increased numbers of negative public financial records like bankruptcies and evictions.

Abortion bans also coincide with and contribute to mass incarceration, which likewise disproportionately affects working-class people and people of color, particularly black people. As the EPI report indicates, the incarceration rate for the states that have banned or restricted abortion is more than one and a half times higher than the incarceration rate for states with abortion protections. Abortion is being banned in states that already have a beefed up police and prison infrastructure. Sometimes the two collide head-on: the organization Pregnancy Justice (formerly National Advocates for Pregnant Women) has documented more than seventeen hundred cases in which a woman was charged, arrested, or detained for reasons related to pregnancy since 1973.

“If the protections of Roe and Casey no longer exist, criminalization will increase across all pregnancy outcomes,” says Dana Sussman, acting executive director of Pregnancy Justice. In our landscape of mass incarceration, the new abortion bans are likely to be enforced through police and prosecutors, putting people’s pregnancies increasingly under the direct purview of law enforcement. “All you need to show is that a woman exposed their fetus to some perceived risk of harm,” says Sussman. “The exposure alone is considered a felony in multiple states already.”

The EPI report lists a number of proposed pieces of legislation that would help protect abortion access and alleviate economic inequality, including the Women’s Health Protection Act, the Equal Access to Abortion Coverage in Health Insurance Act, the Raise the Wage Act to raise the federal minimum wage, the Family and Medical Insurance Leave Act to establish a national paid family and medical leave program, the Healthy Families Act to establish a national paid sick days program, the Paycheck Fairness Act to enforce antidiscrimination in employment, and the Schedules that Work Act to grant employees the right to request schedule changes.

The report also highlights efforts like expanding state Medicaid coverage, extending postpartum Medicaid, and advocating for private sector companies to extend health care coverage to include abortion travel without loss of privacy and without fear of retaliation. Unions can also include abortion protections in collective bargaining agreements, including health insurance that covers the cost of abortions; sick leave policies that are flexible and generous enough to allow people to travel last minute for out-of-state abortions; and financial assistance for members who must make those trips.

The NewsGuild has been a leader on this issue, especially seeking to make sure that employees do not face discipline or discrimination for receiving abortion care, and they have pledged to share draft bargaining language that protects abortion rights with other unions to encourage them to take up the fight. Reproductive justice advocates and labor militants should push more unions to follow a similar course.

Linking the need for accessible abortion care to other fights for economic equality broadens the demands of the reproductive freedom movement and the base willing to fight for them. As federal protections fall away, building a mass movement for reproductive justice has never been more necessary or urgent. Linking abortion rights to economic justice is a winning political strategy, and the EPI report proves just how inseparable they are.