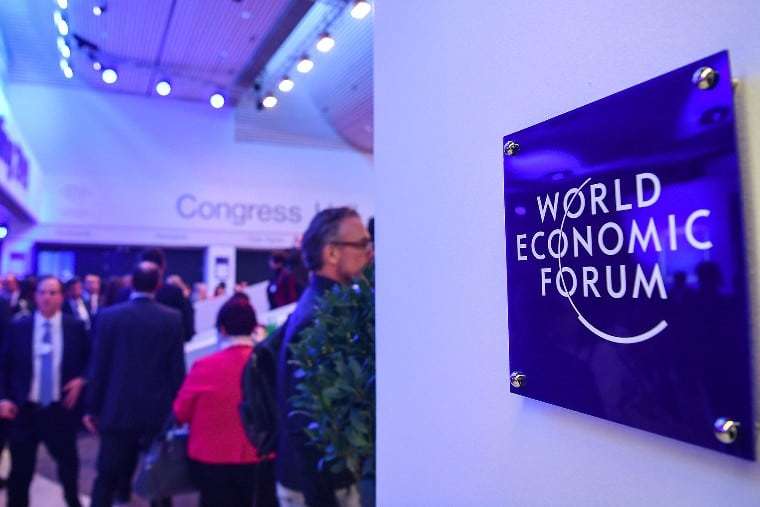 The wealthy gather at the World Economic Forum in Davos, Switzerland

The World Economic Forum finished a few days ago. This is the annual jamboree where the corporate rich and their political and media hangers-on gather at mounts Davos in Switzerlandainou to look down on the rest of us and promise they’ll be good in the future.

The need for urgent and radical change is clearer than ever. We’re faced with what the left-liberal historian Adam Tooze calls a “polycrisis”—pandemic, economic upheaval, war and inter-imperialist rivalry, and climate catastrophe.

In a panel discussion at Davos the Tory historian Niall Ferguson dismissed the “polycrisis”. “It’s just history,” he blustered. Well, history has taken a very nasty turn, as Ferguson had to admit when he warned of war between the US and China over Taiwan.

Among the Davos sermonising was an article titled “In Defence of Democratic Capitalism” by Martin Wolf, chief commentator of the Financial Times. Wolf says, “This history… has made me aware throughout my life that political mistakes can combine with economic disasters to unleash destruction upon societies believed civilised.” He’s worried this is happening now with the rise of what he calls “populism”, better described as the far right.

Wolf argues liberal capitalism is best. But “it is impossible to sustain a universal suffrage democracy with a market economy if the former does not appear open to the influence—and the latter does not serve the interests—of the people at large.

“This, in turn, demands a political response…of welfare for all citizens—that is, a commitment to economic opportunity and basic security for all.”

Wolf doesn’t acknowledge the decline of welfare capitalism is a consequence of the Thatcherite economics that he continues to support. He has been one of the chief campaigners for central banks to bring down inflation by pushing up interest rates to force unemployment up and wages down.

Wolf talked about “the erosion of trust in elites”. He rightly blamed “a long-term relative economic decline of significant parts of the working and middle classes, worsened by economic shocks, notably the global financial crisis.”

But that crisis wasn’t a “shock”, like a bolt of lightning hurtling from the sky. It was precipitated by the very neoliberal policies of deregulating finance, for which Wolf was one of the main intellectual cheerleaders.

He acknowledges “privilege remains an issue”. This is a mealy-mouthed way of referring to the gulf between the corporate rich and the rest of us.

Last year, while ordinary consumers cut back, luxury spending rose by a fifth. The corporate rich also have a vice-like grip on the political process. Look at the present Tory government crowded with wealthy tax cheats. This structure of class power stands in the way of “welfare for all”.

Wolf is even shabbier on the subject of climate change. This really took off precisely in the era of the dominance of liberal capitalism since the Second World War that he celebrates.

He dismisses the admittedly confused idea of “degrowth”, and assures us that “the best solutions are technological”. Is he kidding? Why is there no political will to force through the radical cuts in emissions that we need?

The answer lies in the same structure of class power behind the erosion of welfare capitalism. The UN’s upcoming COP28 climate change conference will take place in the United Arab Emirates, one of the biggest CO2 emitters in the world. Its president heads the Abu Dhabi National Oil Company. You couldn’t make this stuff up.

Behind the “polycrisis” lies the logic of global capitalism. Wolf’s clumsy and evasive defence of liberal capitalism merely sums up why this system is starting to fall apart, economically, politically, and ecologically. The real question is what will replace it. The advance of the far right underlines how urgent it is to develop a genuine socialist alternative.