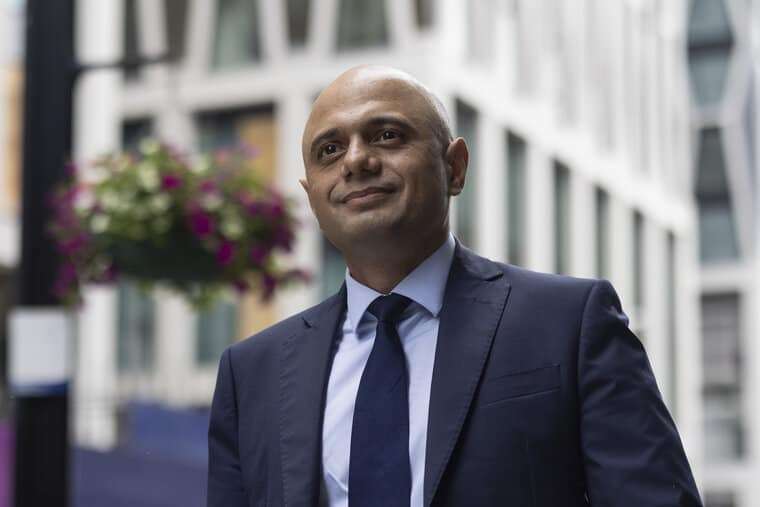 Former health secretary and Tory MP Sajid Javid wants to charge patients for doctors’ appointments and A&E visits. The comments came as he branded the present model of the NHS as “unsustainable”. Javid made it clear he wants to remove the “free at the point of use” model.

He told the Times newspaper that he wants a “grown-up, hard-headed conversation” about this. Javid added that appreciation for free health care has too often “become a religious fervour and a barrier to reform”. Prime minister Rishi Sunak is not “currently” considering the proposals, but previously announced support to issue £10 fines for missed appointments. The Tories want to shove the burden of fixing the NHS they’ve neglected for a decade onto ordinary people.

This comes days after campaigners staged an angry “death march” to Downing Street on Thursday of last week. The protest was against excess winter deaths due to fuel poverty and bad housing. They delivered a coffin inscribed with 13,400—the number of additional deaths from December 2021 to March 2022. The figures, released by the Office for National Statistics on the same day, show how energy bosses are forcing an increasing number of people onto more expensive, prepayment meters.

Many people are falling further into debt to stay warm. Others simply can’t afford to turn on the heating, living in freezing conditions. In 2020-21 there were 63,000 excess winter deaths, a figure skewed by the Covid pandemic. But that shouldn’t downplay the recent statistics. We can expect the figures for this winter to be a lot worse. In the year leading to August 2022 household gas prices increased 96 percent and electricity by 54 percent.

Black babies in England and Wales are twice as likely to be born stillborn than white babies. In 2021 the death rate of black babies before or during delivery was 6.9 per 1,000 births registered. This was 3.6 for white babies, according to the Office for National Statistics. And for Asian babies, the figure is 5 for every 1,000.

The highest rise was for other ethnic groups, which reached 4.5, and for mixed babies the figure was 4.4. Black women also have the highest proportion of premature births.  In 2021 8.7 percent of live births were black. And the death rate in the most deprived areas of England—5.6 stillbirths per 1,000—was twice the rate of that in the least deprived. It was 2.7 in the 10 percent least deprived areas.

Clotilde Rebecca Abe, co-founder of campaign group Five X More, said, “We need to find the root of the issue. “Are black babies dying from the same thing that white babies are dying from? Should we be looking at the mother’s history and the mother as well? Is it because black women aren’t being listened to? When they say reduced foetal movements and things should be done, is it not getting done on time? There’s a lot of questions, but there’s not enough answers and it’s been like that for a long time.”