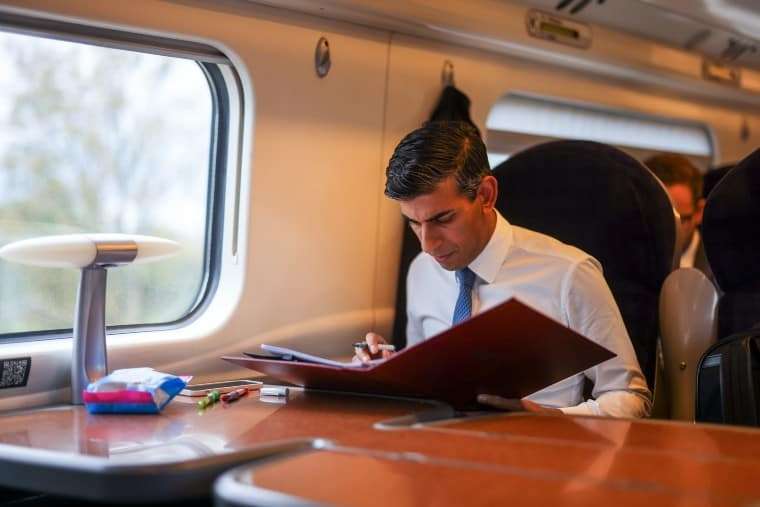 Well, that didn’t take long. On 25 October, in his first speech as prime minister, Rishi Sunak promised “this government will have integrity, professionalism and accountability at every level. Trust is earned. And I will earn yours.” It was a thinly-disguised reference to the corruption and chaos that had infected the Boris Johnson government.

Sunak was supposed to be Mister Clean—a bit boring perhaps, but honest. That was always a myth. He had been fined for his part in the illegal lockdown parties and tax avoidance by him and his wife. He overlooked the actions of Suella Braverman that had seen her removed as home secretary.

Now he’s been revealed as another prime minister who is prepared to follow Johnson’s law of one rule for the elite and ministers, another law for the rest of us. You might think Nadim Zahawi’s tax dodging would lead to his immediate dismissal.

But Downing Street officials declared on Monday that Sunak had “full confidence” in him. Perhaps Zahawi has gone by the time you are reading this. In any case, it’s another hammer blow against a weak government. And, as the Financial Times newspaper wrote this week, the revelations are “especially damaging when many families are battling with a vicious cost of living squeeze.

“Many will struggle to comprehend the notion of a ‘careless’ error involving £5 million in tax payments.” Indeed. But there’s a problem. For six and a half years, since David Cameron resigned after the Brexit referendum, waves of crisis have engulfed the Tories.

Political failures and scandals swept away Theresa May, Johnson and Liz Truss. Now Sunak is in trouble. Yet the Tories continue with brutal assaults on working class people.  They are holding down wages, encouraging racism and transphobia, ignoring environmental collapse and trying to remove workers’ right to strike.

But instead of building the pressure on the Tories, Labour Party leader Keir Starmer has driven further right to audition as a ruling class B-team. Instead of joining picket lines last week, Starmer and shadow chancellor Rachel Reeves went to the World Economic Forum’s annual jamboree for super-wealthy parasites in Davos, Switzerland.

It was another signal that he is a bosses’ man.  For most of the last six and a half years, the missing element has been a sustained level of workplace struggle. Now that has begun to shift as the fightback is on the rise. As another Tory regime hits a storm, our side has to seize its chance.

The strikes and protests on 1 February have to be the beginning of the widening, escalating and united strikes that can win on pay and smash the government.