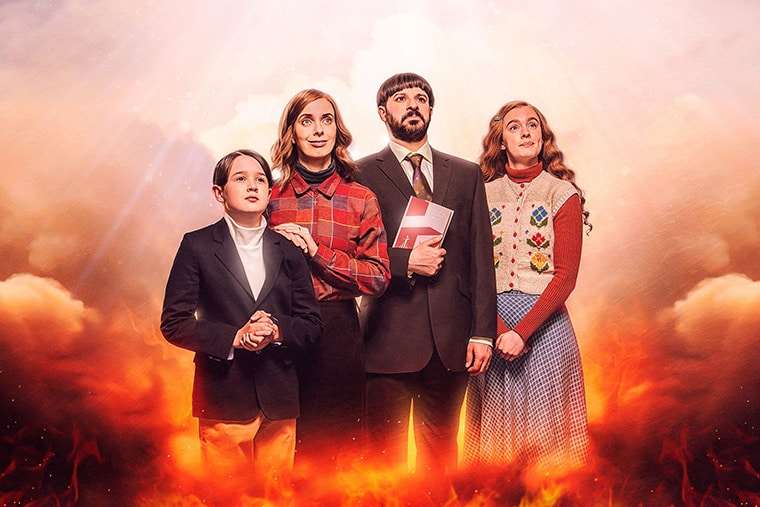 “Cover your mouth when you yawn! That’s how the devil gets in.” That’s one of a litany of bizarre commands from the pulpit in Channel 4’s Everyone Else Burns, a new sitcom about life in a high‑control Christian group.

The six-part series stars Simon Bird as a god‑fearing family’s narcissistic “patriarch”, David. He transfers his insecurities and humiliations into vitriolic abuse against his wife and children—all justified by references to the obscure dogmas of their sect.

This is a comedy, and so there are many exaggerations. But the internal regime of his church does reflect the practices of real cults and religious groups such as the Jehovah’s Witnesses.

David’s daughter Rachel is discouraged from applying for university in case she speaks to “worldly” teenagers there. Members are expected to devote endless hours to preaching and door‑knocking, which earns them nothing but abuse from the public.

Apostates are shunned, and the sect glories in its imagined superiority. “Non‑believers are all dead-eyed clones who exist to block out the truth”, says David.

But sadly, Everyone Else Burns often misses the comedic mark. David is completely devoid of sympathetic qualities, which makes much of his zealotry simply dark rather than humorous.

A subplot focusing on the forbidden love between Rachel and an ostracised ex-member of the group also doesn’t provide many laughs. But it does at least introduce some romantic tension into the show.

That said, there are some good jokes and a few characters who are genuinely funny at points. Aaron, the brooding youngest child in the family, constantly prays for Armageddon. He paints gruesome pictures of his classmates and family members burning in eternal hellfire.

But this is very much the exception in an otherwise rather unfunny show. This is a shame because the programme occasionally shows some insights into the dynamics of high-control religious sects. Perhaps it would have been better as a straightforward drama.

Everyone Else Burns is on Mondays at 10pm, Channel 4 and then available to stream on All4