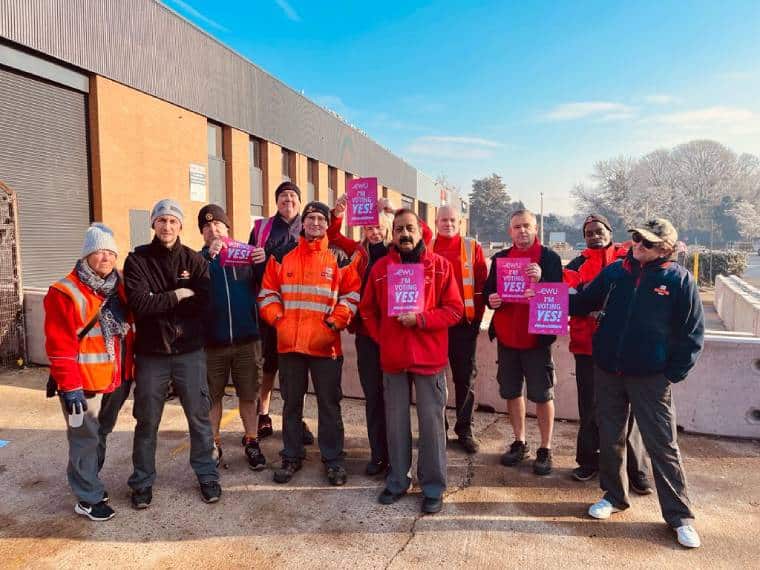 Royal Mail workers held a day of mass gate meetings on Monday of this week to launch a new strike ballot. The ballot comes after a period of talks ended last week with union leaders saying they were “not confident” they could reach an agreement.

Leaders of the CWU union had agreed with bosses not to announce any more strikes until the end of a negotiating period on Friday of last week. Bosses have appeared to make some minor concessions, such as promising not to scrap certain premium payments. But they still haven’t dropped their plans to smash jobs and conditions.

In a message to workers last week, one of Royal Mail’s top managers Ricky McAuley said bosses were “serious about getting a deal”. But, he added, it must be on the company’s terms. “We need the CWU to agree to the change we need,” he said.

That means bosses still want union leaders to agree to their agenda of transforming Royal Mail into a “gig economy” style parcels courier, with conditions to match. This would include tens of thousands of job cuts, later and more “flexible” hours, a more casualised workforce, and worse conditions for new starters.

McAuley also said talks were set to continue this week at the mediation service Acas. CWU leaders still hadn’t called more strikes as Socialist Worker went to press, although their strike ballot over the proposed changes is still valid under anti-union laws until next month.

They also announced last week that they had decided to move the union’s annual conference from April until October this year. In a letter to union members, they argued that the conference would distract from their campaigning in the middle of the dispute.

Meanwhile, bosses have pushed on with changes to delivery duties—merging them into fewer, longer routes. And at a parliamentary committee last week, CWU general secretary Dave Ward revealed bosses have now suspended more than 200 union members and reps since strikes began.

Workers and union leaders were cheered that Royal Mail chief executive Simon Thompson took a pasting from Labour MPs at the same hearing. But that won’t be enough to stop him.

When P&O ferries sacked workers last year, their top boss admitted in parliament to breaking the law to do so. Even Tory MPs slammed him. But that didn’t make him give those workers their jobs back.

Royal Mail bosses came under most pressure when the strikes last year caused huge backlogs across their whole network. More—and longer—strikes can beat them, and they should be called as soon as possible.