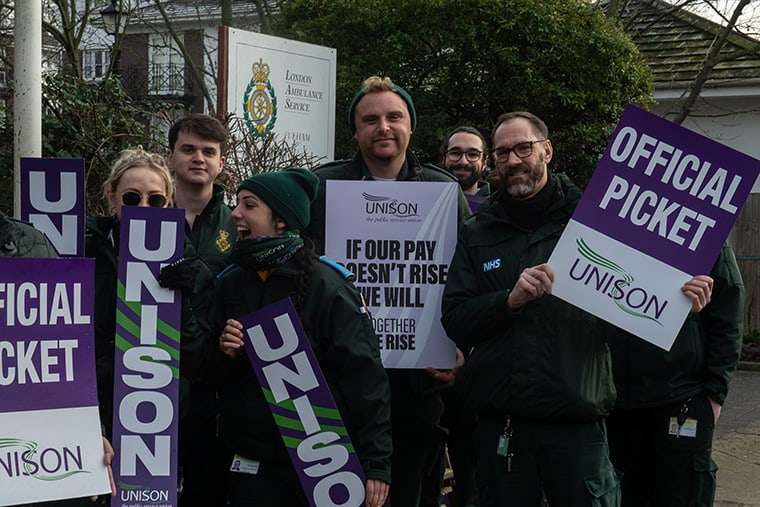 Nurses and ambulance workers plan to walk out together on Monday 6 February in the biggest NHS strike yet seen in this pay dispute. The political impact of the move, which will be followed by another nurses’ strike the next day, will be huge.

With large parts of the health service effectively shut down, the strikes would pile pressure on the Tories and hapless health secretary Steve Barclay. “That day is going to be massive,” Matt, a mental health nurse and RCN union member in the Midlands, told Socialist Worker.

“And it has to be. Personally, I think the union has to throw everything at it, and all the trusts that have won strike ballots should be out. Everybody should be out. That way the government will not be able to ignore us.”

Matt is keen to repeat that nurses don’t want to be on strike, but that they “have to be” to defend the NHS. “The feeling here is of sadness, disappointment—mixed with palpable anger,” he said. “But we are massively heartened by the public support we’ve received and the union solidarity too.”

Health unions won’t formally be part of the massive 1 February united strike. But thinking about the dozens of expected local rallies and marches on the day, Matt says NHS workers “simply have to be part of it”.

“That should make us even angrier with the Tories, and therefore even stronger.” Health workers in all unions should start planning for lunchtime rallies on 1 February, and for delegations to join marches.

This will not only raise the need for united action involving all workers in struggle. It can also act as a springboard for the huge health shutdown just five days later.