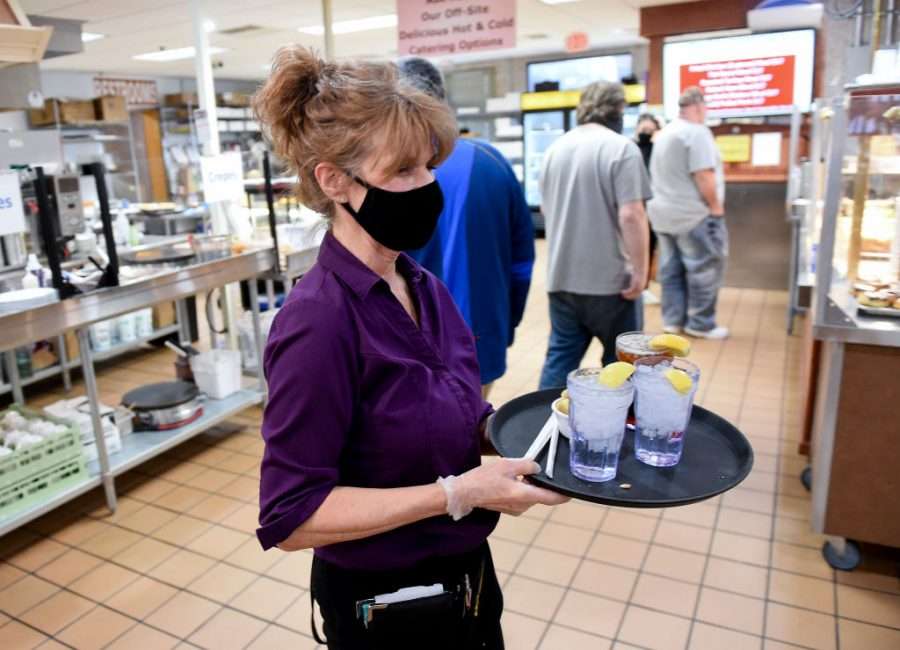 A New York Times investigation has uncovered a scam by which food service workers are made to pay out of pocket for state-mandated “safety” courses run by the restaurant lobby — which then turns around and spends millions of dollars pushing lawmakers to keep food service workers’ wages low.

It’s an irritating and sometimes insufferable feature of many jobs in many different industries. Either before you begin, or periodically throughout your term of employment, you and your coworkers are forced to sit in a meeting room and endure a chirpy video or presentation at the behest of management. Often justified on perfectly commonsensical grounds — for safety purposes, job training, etc. — anyone who has been subjected to a mandatory workplace seminar knows that the reality can be more sinister: in practice concerned with enforcing discipline, administering company propaganda, or just plain wasting everybody’s time for no good reason. Now, imagine a version of this experience that you were not only required to attend but also to pay for, and further imagine that the tithe extracted by your boss was put to use down the chain to keep your wages low and your benefits as minimal as possible.

According to recent reporting by David Fahrenthold and Talmon Joseph Smith at the New York Times, that’s exactly the reality for millions of America’s chronically underpaid and exploited restaurant workers, even if most probably don’t realize it. That’s thanks to the innocuously named “ServSafe” program — an online class in food safety several states have made mandatory for anyone who wants to work as a cook, busser, waiter, or bartender. Offered nationwide, though most likely to be mandatory in Texas, California, Illinois, and Florida, ServSafe’s course reportedly charges workers fifteen dollars so that it can bequeath lessons like “bathe daily” and “strawberries aren’t supposed to be white and fuzzy, that’s mold.”

Since 2010, according to Fahrenthold and Smith, ServSafe has generated some $25 million in revenue. That’s significant not only because it’s a staggering sum of money, but because ServSafe is actually an arm of the National Restaurant Association (NRA): a lobbying association that has been a major player in corporate efforts to block increases in state and federal minimum wages. According to campaign finance database OpenSecrets, the NRA and its members donate copiously to both parties by way of PACs and individual contributions and spends millions on lobbying every year.

Lobbying, in fact, has been crucial to bringing ServSafe — and the revenue pool it reliably generates — into being. In 2007, reports the Times, restaurant owners decided to get into the training business and aggressively lobbied state governments to require their own product be made mandatory. Before it assumed its current form, ServSafe was managed by a charity with ties to the NRA. Previously, some states like California and Illinois also mandated food safety training for restaurant managers paid for at their own expense.

When Congress raised the minimum wage to $7.25 in 2007, the NRA began an aggressive effort to offload both the training and costs onto employees instead. Effectively, restaurant owners have successfully created a kind of closed internal marketplace that compels workers to subsidize their own exploitation. Though alternatives to ServSafe do exist, it has — thanks to lobbying — become an increasingly monopolistic presence, so much so that many restaurant proprietors are reportedly unaware there are even other options. One reason the NRA has been at such liberty to lobby for self-interested rules and regulatory frameworks is that it is technically a “business league,” giving it greater freedom to operate than a traditional charity and making it exempt from taxes.

Recent data suggests that it’s virtually impossible to afford rent on the current minimum wage in more than 90 percent of America’s counties, even when working full-time. The upshot is that millions of workers, in the restaurant industry and elsewhere, must put in extra hours, take second jobs, and spend an unsustainable portion of their incomes just to have a bed to sleep in and a roof over their heads between shifts.

The NRA’s ServSafe scheme is thus an instructive case study — not only in the tremendous power wielded by employers over workers but also in the devious lengths they will go to in order to perpetuate low wages and exploitation.