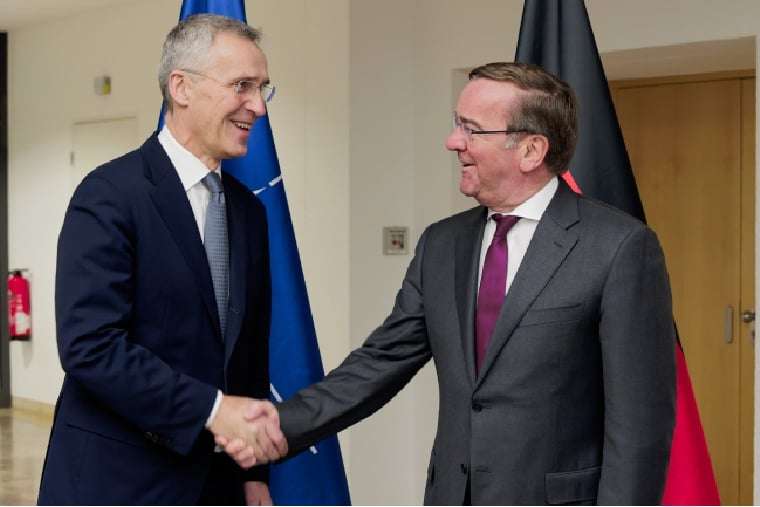 The US and Germany will send heavy tanks to Ukraine, in another major escalation of Western arms supplies. It’s a terrifying new step that heightens the chances of Russia replying with its own new level of armaments, and the threat of nuclear weapons.

The military surge had looked in doubt earlier this week. The key development came when president Joe Biden’s administration said it would deliver M1 Abrams tanks.

Previously German chancellor Olaf Scholz from the Labour-type SPD party had hesitated to provide Ukraine with heavy armour. He feared that it would increase the risk of a direct confrontation between Russia and Nato.

But on Wednesday Scholz said that, as a first step, Germany would supply 14 Leopard 2 tanks to Ukraine. He said the move was a result of “intensive consultations that have taken place between Germany and its closest European and international partners”. Another German tank battalion will follow.

The German Green party, which is part of the governing coalition, has been in the vanguard of demanding more weaponry and killing in Ukraine. The Green Katrin Göring-Eckardt, vice president of the German parliament, celebrated on Twitter, “The Leopard’s freed!”

Ukrainian leaders demanded the weaponry so that they could step up their offensive in Donbas and, potentially, Crimea.

The US and German joint decision mirrors a similar escalation at the start of this year. They jointly announced they would both provide infantry fighting vehicles to Ukraine—US Bradleys and German Marders.

Last July Scholz told the German parliament’s foreign affairs committee that the delivery of Marder infantry fighting vehicles would be a “terrible escalation”. Now he has not just agreed to that, but gone much further.

Germany is also set to give the green light to Poland’s request to send some of its Leopards to Ukraine. Earlier on Tuesday, Dutch prime minister Mark Rutte said he was “willing to consider” purchasing 18 Leopard tanks it had leased from Germany and providing them to Ukraine.

The Telegraph newspaper reports, “The West is poised to send nearly 200 battle tanks to Ukraine.” Everywhere military production and spending is on the increase. The New York Times newspaper reports the US war machine is “racing to boost its production of artillery shells by 500 percent within two years”.

This is “pushing conventional ammunition production to levels not seen since the Korean War”. It will mean spending billions of dollars to make up for “shortfalls caused by the war in Ukraine and to build up stockpiles for future conflicts”.

The increase in arms spending is part of “the most aggressive modernisation effort in nearly 40 years” for the US defence industrial base, according to an army report.

It is more important than ever to demand no more Western weapons to Ukraine, Russian troops out and opposition to Nato escalation.